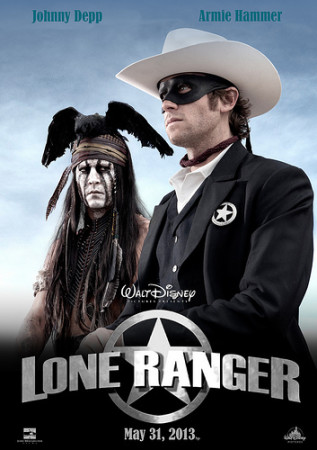 We are now more than a week removed from the release of Disney’s The Lone Ranger and the feedback, financially and critically, has not been good for the Mouse House. Budgeted at more than $225 million to make, The Lone Ranger’s opening holiday weekend numbers suggested Disney stands to lose $140-190 million, after right-downs amidst related marketing expenses.  As a company that brings in $1 billion in profit quarterly, Disney can absorb the monetary loss in stride, in fact its stock continues to push to 52-week highs.

Disney will learn from its errors; similarly, small business owners can learn from this incarnation of the masked man’s less-than-gallant ride, too.

Movies that open holiday weekends draw stiff competition. This year was no different. The Lone Ranger opened against Universal Pictures’ popular Despicable Me 2, seemingly seeking the same audience – families.  Given the option, families, influenced by kids with a proven affinity to Despicable’s Gru and his charismatic minions, opted for the known entity. The Lone Ranger was at best, a veiled caricature of an era gone by – my grandparents’ television hero.

A Great Team Can Deliver a Bad Product.

Many movie fans were extremely excited for The Lone Ranger’s debut, particularly given its pedigree. It was a collaborative effort from the same team that brought us Pirates of the Caribbean: Curse of the Black Pearl. With producer Jerry Bruckheimer, Gore Verbinski behind the camera and lead man Johnny Depp stage center, it promised fans Captain Jack Sparrow meets the Wild, Wild West: a combination certain to deliver a blockbuster consistent with its production costs. But with Depp and his character Tanto (an off-center Native American) taking a backseat (despite Depp’s efforts to appease any subservient sensibilities) to Armie Hammer’s Ranger, and the lack of a true female lead, the team’s chemistry with Pirates could not be replicated in the Western, a traditionally tough box-office sell.

When a summer blockbuster is releasing on a holiday weekend, by the time the movie is out, we should be, if not frustrated, certainly familiar, with trailers, previews and promotions for it. The steed Silver left The Lone Ranger in the stable on that account. Producers of a movie with a quarter of a billion dollar production investment should have been sensitive, even nimble in this age of marketing science. Three lackluster trailers featuring the same confusing scenes leveraged one theme: “from the same team that brought you Pirates of the Caribbean!”  By the time the team reacted to cool feedback from the market, a fourth, far more exciting trailer was delivered just a few weeks before the movie’s release, too late to incite any momentum.

Neglect Social Media at Your Own Peril

A social media strategy is no longer a marketing option, it’s an obligation. And while 200 social media channels is an untenable management objective for small businesses, a focus on the mainstream networks (Facebook, Twitter, LinkedIn, Pinterest, Instagram) is a must for any industry. The Lone Ranger learned his lesson the hard way. While Johnny Depp did yeoman’s work on Twitter, fielding questions about the film from his personal account, Armie Hammer, the voice of The Lone Ranger, conversely, was muted. According to reports in Variety, “So far, Armie Hammer has followed a conventional media strategy that some marketing experts (contend) ignores the current zeitgeist…In today’s overexposed media landscape, where celebs are under the constant eye of cell phone cameras, bloggers and the TMZs of the world, Hammer has managed to keep his personal life below the radar. If anything, that has made him appear somewhat mysterious and elusive.”

Going for Gold Can Ground You

George Lucas and Steven Spielberg recently addressed an ever-shifting landscape of the movie industry; a shift they argue is taking a turn for the worse. Recent trends of mega-blockbusters, a la The Lone Ranger, with incredibly high budgets “going for gold” are resulting in a narrower and narrower focus that audiences may ignore, they suggest. These results are manifest in the recent flops of Disney’s John Carter and The Lone Ranger. Lucas and Spielberg believe more such failures will result in an industry meltdown. Less and less projects will make it into theaters and ticket prices will skyrocket – essentially turning movie theaters into the Broadway shows of today.

Meanwhile, The Lone Ranger is a prime example where a large budget did not beget innovation; rather it spent on overly cluttered set pieces that didn’t provide any emotional relationship with the viewers, nor advance the story. Instead, it generated few moments of forgettable visual stimulation, while strong character development would have generated greater recall and an emotional connection, the stuff upon which Disney can profit from sequels and cross-platform franchises.