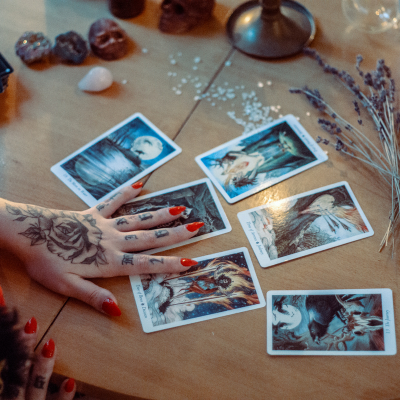 Depending on which spin doctor prescribes your news, the National Federation of Independent Business’s  (NFIB), May Small Business Optimism Index is cause for celebration or little more than political fool’s gold.

In fact, the index indicates that among the 18 percent respondents of the 3,938  businesses surveyed, optimism in the near-term for small business is on the rise (for the second consecutive month).  In fact, the index is at its second highest point since the recession began. And in fact, it is mired in four-year historic lows as measured since 1986, the first year the NFIB began its monthly assessment of small business outlook.

Specifically, the Small Business Confidence Index increased 2.3 points to a 94.4 last month, the highest level since May last year.  The Index measures ten sentiments among small businesses: eight of the ten advanced in the most recent tally.  Expected capital investment and job-creation plans remained the flat and declined respectively.

It concludes, “The small business half of GDP is clearly not participating much beyond growth generated by population gains.  More businesses are being formed than lost, so there is some boost to job creation there, but too many existing firms have not yet started to replace the workers shed during the recession.

“The Optimism Index is…higher now (than its record low in 2009), good news, but well below-pre-2008 averages and the peak for the expansion, bad news.  Until this sector gets in gear, it will be hard to generate meaningful economic growth.” 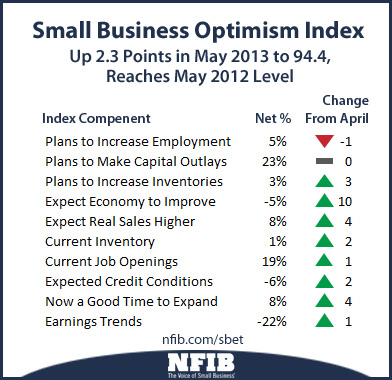